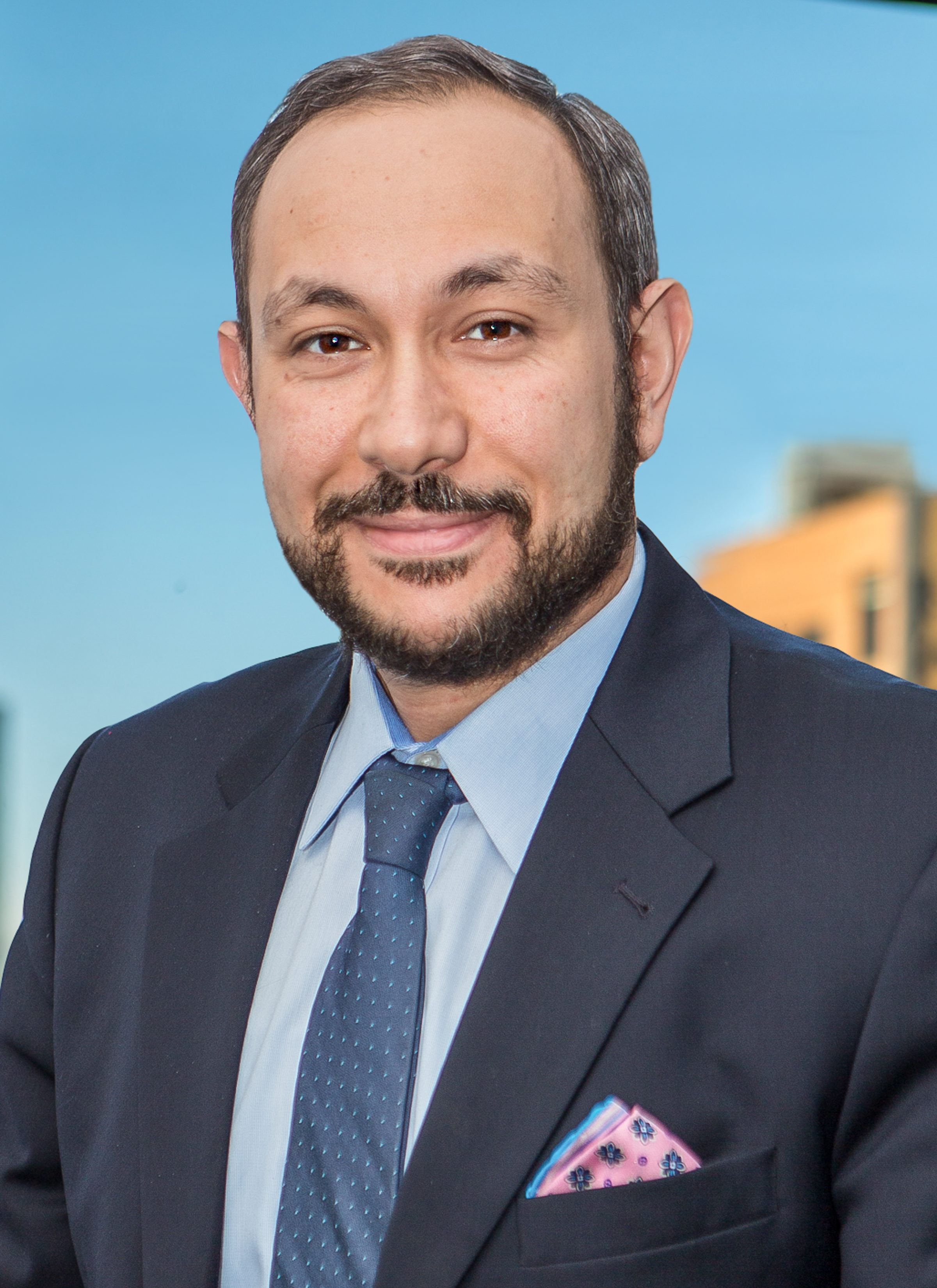 Mr. El Ashmawy is an experienced and highly regarded litigator with extensive experience in state and federal courts throughout the five boroughs of New York City and surrounding counties. Mr. El Ashmawy is currently the head of the firm’s Criminal and Family Defense Practices, and has extensive litigation and trial experience. Mr. El Ashmawy fights for the best outcomes possible for all of his clients.

Mr. El Ashmawy has practiced both criminal and family defense for the bulk of his career. With respect to criminal practice, he currently serves on the Felony and Misdemeanor assigned counsel panels in Manhattan, and holds cross-certification focused on representation of youth charged as Adolescent and Juvenile Offenders, as well as Juvenile Delinquents. Mr. El Ashmawy has represented clients throughout the entire criminal process — from police investigations, arraignments, motion practice, plea negotiations, suppression hearings, trials, post-conviction representation, violations of probation and parole revocation proceedings. Mr. El Ashmawy has represented clients accused of serious felonies, including homicide, assault, robbery, sex offenses, money laundering, gun possession and trafficking, narcotics conspiracies — with many cases in the press and media. He is the recording secretary of the Juvenile Justice Committee of the New York City Bar.

As to Family Defense, Mr. El Ashmawy’s entire career has been in litigation. He began as a summer litigation associate at a No-Fault Insurance Firm where he regularly appeared before judges in Bronx Civil Court, successfully arguing motions and engaging in all aspects of trial practice. Mr. El Ashmawy then served as a prosecutor of child abuse and neglect cases in the Family Court Legal Services division of the Administration for Children’s Services. It was during this period of time Mr. El Ashmawy truly began to flourish as a litigator, gaining the respect of judges and colleagues by his court room acumen and passion to see the right outcomes for children and families.

Mr. El Ashmawy was so driven and well regarded that after just two years of service at ACS, he was accepted to the assigned counsel panel, after receiving glowing recommendations from Judges, and colleagues from all sides of the table. Mr. El Ashmawy has served on the First Department assigned counsel panel since November of 2011 and is certified to represent parents in child abuse and neglect cases, child support “willfulness” proceedings, child custody and visitation cases, and family offense proceedings in both Bronx and New York Counties. Mr. El Ashmawy has been certified and taught multiple CLE’s pertaining to Family Defense topics — including abuse trials, discovery and how to conduct emergency hearings (1028’s/1027s).

Mr. El Ashmawy has lectured for the Franklin Williams Commission, Metropolitan Black Bar Association, Practicing Law Institute, the New York City Bar and been certified by all four New York State Appellate Divisions for credit on CLE topics ranging from the role of Attorneys for Children and service on the assigned counsel panel, to Juvenile Delinquency practice. Mr. El Ashmawy has been quoted in, and had cases featured in, the New York Times, New York Magazine, Daily News, New York Law Journal, Newsday and several other news agencies.

Mr. El Ashmawy has been dedicated to public service throughout his life. Mr. El Ashmawy enlisted in the United States Navy at 17, and left for basic training immediately after completing high school in inner city Brooklyn. Upon receiving an honorable discharge from the Navy, Mr. El Ashmawy enrolled in John Jay College of Criminal Justice, from which he graduated, cum laude, with a degree in Government, with a concentration on law, policy and society. Mr. El Ashmawy also served in the Navy Reserve for over 10 years, achieving the rank of Petty Officer 2nd Class and was honorably discharged from the Reserves in 2012. Mr. El Ashmawy was born and raised in Brooklyn, New York.